Why are you posting on social media? What is your objective? Certainly it’s not just to “grow followers.” Otherwise, you would just drop $200 on those spammy 2,000 followers guaranteed sites, pick up some garbage numbers and call it a day.

So, again, why are you posting?

For most, it boils down to one of three options. To be seen, heard or known. They all look different, they have different objectives, and one clearly stands out as a better option (hint: look at the headline). However, it’s best to unpack what each of the three strategies looks like, what they have to offer, and downsides inherent in each.

Be Seen on Social Media

Someone seeking to be seen on social media follows the “I share everything about everything from everyone” approach. On Twitter, for example, they will retweet every tweet they encounter on top trending hashtags or anything that has any measure of popularity. On Facebook or LinkedIn, they would seek to like and share the top trending content – sometimes fully irrespective of the topic. They’re not interested in sharing their own views on much, if anything, but they love to keep their feeds filled with content from others.

Related: Stop Ignoring the Most Important Question in Social Media

Undoubtedly, you have run to these RT-heavy accounts. They’re like the guy or girl you see cast in every movie but you have no idea who they are.
What is their answer to why am I posting?
Simply put, they want their account to be seen by people looking at the most popular trends. Maybe the onlookers will follow, maybe they’ll like, maybe they’ll even retweet the retweets. Regardless, they want their account seen in the midst of trends.
What are the benefits/pitfalls?
While this is a great way to pick up a surge of followers, you’ll watch those followers dissipate pretty quickly. Namely, because each one is following you for thought leadership on a certain subject. But since you’re just rapid-retweeting thoughts from others with no insight of your own, there’s no difference between your account and others that are doing the same – so they lose interest, unfollow, and leave you with a mass of “follow back or else” followers who are totally disengaged from your content.

Be Heard on Social Media
This is probably the most common tactic applied on social media today. Someone seeking to be heard is following the “I share my views on everything” approach. This is similar to being seen, but instead of seeking to share/retweet only the trending topics, a person seeking to be heard wants to share her/his point of view on an array of topics, ideas, themes and trends.

The bottom line is because there is no consistency of topics, you never know what you’re going to get. Over the span of a week you’ll see two motivational quotes, one political viewpoint, two strong opinions on current events, a couple of funny videos, four career-related posts, a viewpoint on a trending hashtag, etc. Everybody “hears” the account owner, but nobody knows what’s coming next.

What is their answer to why am I posting?
Those seeking to be heard are simply looking to express themselves. They want others to see their viewpoints, their personality, their sense of humor, what they find most important, what they value most … they desire to share all of who they are on social media.

What are the benefits/pitfalls?
The benefits here are that the person’s point of view is expressed through every post, filling their feed with personality. Followers get the account owner’s twist on everything she/he shares. The downside is that since there is no strategy involved here, the topics are still unpredictable and sporadic.

Essentially, this is a step up from being seen because more thought is put into the sharing, but followers don’t know what to expect, and people that followed the account for a certain theme, will unfollow once they see the theme was a one-off. Again, this leaves the account owner with a volatile, largely disengaged follower base.

Be known on Social Media

This leads us to the last, I believe the best option – being known on social media. Someone seeking to be known is following the “I share what I want to be known for most” approach. This approach involves much more than posting good or popular content; it involves a four-part strategy that weaves in elements of being seen and heard and combines them with intent and focus to create a powerful social media presence. The four elements are as follows:

Define your core focuses
What do you want to be known for? Social media strategy? Entrepreneurial best practices? Marketing automation/AI trends? 80s-themed collectible lunchboxes? Whatever it is, you need to define it, and should be the lane you stay in the majority of your time. In my opinion, 80% of the content on your channel should be honed in on these core practices. Unlike being seen or heard, you’re not just looking for share-ability here; you’re looking for specific content that an audience interested in your core focuses would want to see and engage with.

Diversify your content strategy
Those who want to be known for a core focus have a barrier they often run into. Boring their followers with the same kind of content over and over again. You overcome this not by expanding your focus areas, but by expanding your content types. If you’re sharing blog after blog after blog, you need to mix it up. Search YouTube, VIMEO and other video sharing sites for quality video content. Search for quality infographics. QUALITY INFOGRAPHICS. There are a lot of trash ones out there. For example, we are all tired of seeing the “Digital Marketing” hub with such profound spokes as “apps”, “social media”, “web design”, and “SEO”. Don’t be the person to share these with 100 hashtags. That will just get you known for being a (insert unkind word here). 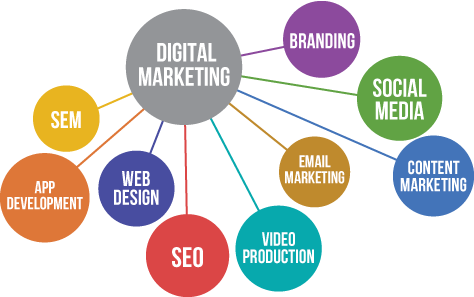 Share your viewpoint (even on retweets)
This is where the element of being heard comes in. You want people to follow you, not a catalog of data. That means you need to share your viewpoint. So, while it’s great to share that awesome post you came across, the majority of the time you should be sharing or “retweeting with a comment.” Add your own spin to what your sharing – you saw something about that piece that made you think it was worth sharing, so mention it. Sharing someone else’s blog post? Don’t just share a headline and a hashtag – add something meaningful, something helpful, something useful to your post. I talk about this in greater detail in my blog, Four Ways to Write More Engaging Social Media Posts. Check it out.

Be consistent
One of the most important keys to being known on social media is to create expectation. You do this through consistent messaging throughout the week. Whether people recognize it or not, when you post around the same times and at about the same frequency each week, they begin to anticipate your posts. And when your posts become engaging as you become more known, your thoughts won’t just be anticipated, they’ll be sought out. Look, there’s a lot of garbage content out there. And it’s many days, it’s hard to simply find something to share that’s not lazily posted. So when you start standing out consistently during the week with intentional posts that carry a unique viewpoint, you will be sought out.

There’s much more that could be said, but i’ll leave it here for now. Feel free to add your own thoughts about what makes for good posting habits in the comments below.

3 thoughts on “How to be Known on Social Media” 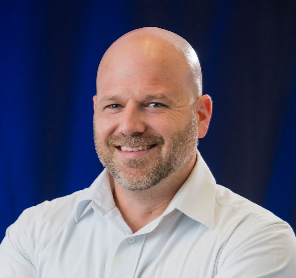 I have a 17-year survival badge in digital marketing. Here to help marketers land more wins in a constantly shifting landscape. Sharing on Twitter: @Anderbrock and LinkedIn: @BrockBAnderson Check out the About page for more.